Pembroke has had more than its fair share of remarkable dons. It was during his time at the College that J. R. R. Tolkien wrote The Hobbit and the first two volumes of The Lord of the Rings. Sir Robert Mackintosh saved the lives of countless servicemen during the Second World War by his hazardous experiments to test life jackets and other equipment. Sir George Pickering’s work on high blood pressure was ground-breaking. Robert Baldick, the flamboyant, prolific and bearded fellow in French was the celebrated editor of the Penguin Classics series, was in his mid-forties and at the height of his powers when he died in his mid-forties in 1972. Robert Heuston became one of Britain’s most influential and innovative constitutional lawyers. Simon Blackburn went on from his fellowship at Pembroke to become the country’s most famous philosopher, while Piers Mackesy’s historical writings became a model for the study of guerilla warfare.

Among this distinguished gallery, Zbygniew (“Zbyszek”, “Zbig”,” ZAP”) Pelczynski is undoubtedly one of the outstanding and most loved Pembroke fellows of the last century. From the 1950s to the early 1990s he was first a lecturer then a fellow in politics. Yet, this long period of service was neither the beginning nor the end of his career. Since his retirement nearly twenty years ago, he has remained as least as active as before in advising Polish governments and in training young leaders of his native country following the fall of Communism. His work continues as he commutes tirelessly between Barton-on-the-Heath near Oxford and Warsaw.

Inevitably, Zbyszek was something of a mystery to colleagues in light of his early history as a child in Poland, as a fighter in the abortive Warsaw uprising of 1944 and as a prisoner of the Nazis. He stood out in the College not only for his devotion to his students but for his sense of style, which extended to the fashionable modernism of the furniture and artwork in his rooms.

Thanks to David McAvoy, one of Zbyszek’s earliest students at Pembroke, we now have a rounded, very well-written account of his long life. It will be of exceptional interest not only to his pupils and colleagues but to newer generations of Pembrokians to whom the Soviet Union and its grip over Central and Eastern Europe, thankfully, are things of the past.

It is worth noting that it was an innovation of the current Master, Giles Henderson, that led to the author to undertake this ambitious but thoroughly successful work. One of the annual meetings at which the College financial accounts and developments are presented to old members was the occasion when the author started talking with his former tutor and the idea of a biography germinated. The two of them had unusually frank and personal discussions, consulted a considerable number of people who had played parts in Zbyszek’s life and even visited Warsaw together to see the sites where he had narrowly survived during the uprising.

Though the author is at pains to explain that his book is not a conventional biography but rather a collection of reminiscences of his subject, it succeeds in telling an unusual story which will fascinate Pembrokians and Zbyszek’s many admirers in Poland. It has a far wider relevance as the story of a man who was fated to experience the sufferings of Hitlerism, to be exiled from his country by the excesses of Stalinism and who nevertheless exemplified hope, moderation, and tolerance, and who taught the theory and practice of the “civil society”.

While the book was being prepared Zbyszek obviously spoke with notable frankness about topics that are normally passed over. Not only does the Zbygniew Pelczynski: A Life Remembered tell of the subject’s change from active Catholicism to being a non-believer, we learn of the secrets of his sexual development, of his parents’ shortcomings, of initial criticism of his academic capacities by one of his main mentors, of his tax affairs and of aspects of his mental health.

Evidently not all secrets can be revealed in this biography. Perhaps we will never hear the full story about the contest for the Mastership of Pembroke in 1975. This took place when Zbyszek was Vicegerent. In this capacity, he presided over proceedings which led to the final selection of a Master in preference to his own favoured candidate. Little is revealed to the reader apart from the disillusion which Zbyszek felt with the College until Sir Roger Bannister became Master. So, for what it is worth, let the story, as mysterious as The Thirty Nine Steps or The son of The Thirty Nine Steps, continue to be shrouded in darkness and the name of the defeated candidate remain concealed.

As the photograph on the cover of the book well shows, Zbyszek was (and remains) strikingly handsome. Good looks combined with exceptional charm and a talent for friendship. This was to stand him in good stead when he came to Oxford from St Andrews University as a post-graduate student in 1949. It was with his Nuffield College friend David (now Sir David) Butler that he went to a British Broadcasting Corporation party where he met his future wife Denise Cremona. When he rented a country cottage in Berkshire to escape the social attractions of Oxford and to write his doctoral thesis, he found himself a regular invitee of the owner of Compton Beauchamp House, the local Tudor manor. He was even introduced to the equestrian pursuits of the gentry.

Yet, his easy integration into Oxford and into British country life concealed considerable inner turmoil and uncertainty, which were hardly surprising in view of his exceptionally difficult experiences of growing up under Nazi occupation in Poland (well told, though briefly in the book). For over a decade, he did not visit Poland. Only after the death of Stalin and the political thaw in Russia which became evident with the leaking of the secret speech given in 1956 by Communist Party Secretary Nikita Kruschev to the Twentieth Party Congress was there change within Poland sufficient to permit Zbyszek to visit his family and his old friends there.

The 1950s not only was the time when Zbyszek was becoming a part of Oxford life, the decade also was at the height of the Cold War when Western individualism and liberalism was being pitted against Soviet totalitarianism. Instinctively, Zbyszek did not feel comfortable with the rhetoric that posited such an extreme contrast between two opposing types of society. When he revisited Poland in the late 1950s, he saw a country which, though restricted and undemocratic, could not realistically be described as “totalitarian”. Moreover, the individualistic philosophies of Sir Karl Popper (a particular bete noire of his) and even of his friend Sir Isaiah Berlin ignored the communitarian features of a good society. Zbyszek was ahead of his time in taking this position. Until his McCallum Lecture of 1982, he was reluctant to set out his social philosophy in his publications and public utterances.

During his his twenty years at the College, such caution meant that he fell short of becoming a famous public intellectual like Berlin. But the gainers were his students with whom he had inspiring discussions. Later, Zbyszek was to become an important political actor during the period of marshall law in Poland in the 1980s and after the fall of the Communist regime. He showed the same devotion to scholars and young political leaders in Poland and in other parts of Central and Eastern Europe that he has always shown to his charges at Pembroke.

The book shows that Poland, though his primary overseas passion, was by no means his only interest. There are accounts of his enthusiasms for Israel, Australia and for some aspects of the United States.

This is a full and varied account of an inspiring life which is still in full flow. 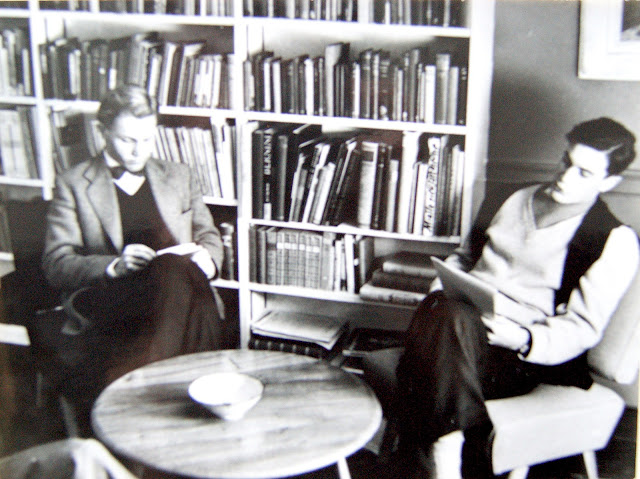